The Liverpool-based Anabasis Mountaineering Club have reached the end of their life, 60 years after their debut in 1961. Longtime member Dave Atkinson captures the club’s history in this warm tribute:

Fortunately, thanks to an agreement with the Rucksack Club, negotiated with the support of BMC, our members can â€œmigrateâ€ to a new home, where a warm welcome awaits you and three Huts to an Anabasis.

Arrangements that bring people together in pursuit of common goals, whether it be to exchange goods for money or to support participation in the “sport” of mountaineering, are creatures of their time. , the products of a social and economic ecosystem that is not fixed. Our club was founded when consumer goods were only accessible in mass market stores and mail order catalogs. The limited information and limited personal resources meant that the â€œClimbing Clubâ€ played a key role in negotiating a safe passage for thousands of people to adventure in the mountains.

Things are different now, with the current pandemic suggesting we don’t need high street stores. The climbing club, if it does not adapt, may become an extinct species thanks to readily available information, widespread access to personal transportation, and easily arranged arrangements through social media. Over time, our members no longer needed the Club to help them with their mountaineering, they just needed it to take care of our Hut in Snowdonia. Now, the changing economy of rural life, accentuated by the loss of income in the coronavirus lockdown, is forcing our owner farmer to take over our rented cabin in a bid to maximize its asset value in more lucrative markets.

Our story began on a freezing winter night in 1961, when founding members Keith Britton and Ian Cass were turned away from the hut of one of the established clubs in Langdale. This frightening experience was like lighting a bonfire of ideas about the â€œfreedom of the hills,â€ held back by the pre-war Kinder Scout intruders. ‘We had to join or form a club‘Keith wrote. ‘The former might give us a base for escalation, but the latter might offer a home for those like us, the opportunity to build at least one irritant as compliance advances, and … maybe find a base. ours. ‘ Driven by demons similar to those who drive Rock and Ice in Wales, they placed an advertisement in the Liverpool Echo inviting people to come to a meeting to discuss the formation of a new, free climbing club of the rules and tradition that froze them in Langdale.

More than a hundred are said to have come to this meeting, and Honorary President George Murphy, himself a kid from the hard-hit streets of Liverpool, remembers being astonished at the level of abuse exchanged by the various factions present. Battle lines have been drawn between cavers and climbers, but descending below has been a club affair for many years. We even had our own ladders. A group of “grimstones” were determined to strive for excellence rather than friendship. For many years, vitriol has been a â€œstrange form of entertainmentâ€ at Annual General Meetings. Over time, things got better, some taking off on other trajectories and friendship prevailed alongside excellence.

People and place: the creation of a club

Photo: A work team balancing like a Manhattan skyscraper.

One of the pleasures of the Club has been the variety of individuals it brings together. There were enough overeducated people in his founding group to persuade the bewildered rest that it would be a really good idea to name the Club after Xenophon’s account of a walk from the coast to the heights. Plumbers, Sparks, Roofers and Boilermakers were more valuable than social workers and teachers when it came to looking after our cabin in Capel Curig. A “lost” member (one of many) “discovered” an empty barn on a sheep farm known as Garth. The farmer has shown himself willing to leave his shed to a group of Merseyside townspeople. Enthusiasm was needed because even after the initial knee-deep deposit was removed, sheep and mice regularly marked their visits in a similar style. Over the years our Club has made many improvements, although Hut users were not spared a hike in the fields until a bathroom and toilet were added in 2014. Like often, substantial achievements start with a few of us, depend on the rest of us. The few then were President Di Murphy and Cabin Manager Clive Lane who magnificently harnessed the muscles and money of others to be successful.

The hut has been the heart of our club, our people its lifeblood. Thanks to a lasting relationship with successive generations at Garth Farm, our chance has been to enjoy a special place for so long, with its sublime view of the Snowdon peaks. It has been a base for adventures, for making, keeping, soaking up and climbing with friends, for singing around the fire and under the stars. It has been a place of bonfires and barbecues, hangovers and stews. Here the children and grandchildren played and grew up, coming back as parents with another generation. Here too, we remember our dead.

George Murphy was truly the runway master in those early days, enlisting former colleagues from RAF Mountain Rescue. One of them was Peter Llowarch, our Hut being named in his memory after his death in Cyrn Las in 1961. George paved the way for many who are still members today, including, in 1975, me -same. Arrived at the ‘deep end’ on my first day of Scottish winter climbing, a serious accident at two of us on Creag Meagaidh called on Murphy’s Mountain Rescue credentials. Over the next few days, I found out how this thing called a “Club” worked, with everyone rallying together, drinking a lot, going into the mountains every day, and, at the end of the week, for several days. ‘between us, our first winter ascent of Ben Nevis. . The Club became the safe place where we raised our standards, sometimes lagging behind the elite, to others by sneaking up with our peers and reluctantly awaiting first-team approval. Members have climbed well, and if they are not up to date, we are proud of everyone’s accomplishments, regardless of â€œstandardâ€, because everyone’s success belongs to all of us. As has been wisely said, what you do matters less than being with the right people in the right place at the right time. 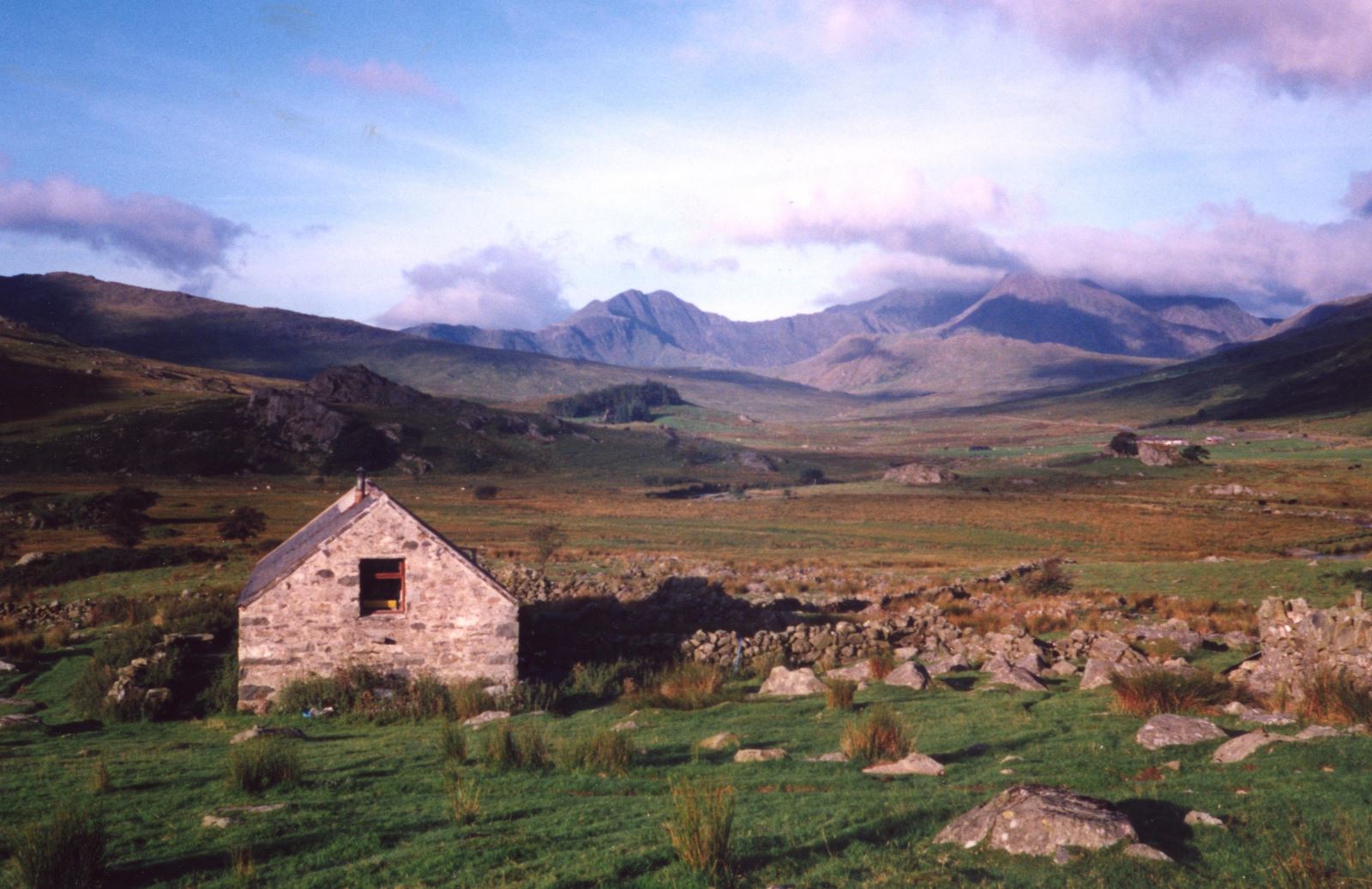 Photo: The Anabasis house in the hills.

The Club had its institutions, the annual Winter Meet was one of them, and until the days when the private car allowed individuals to fend for themselves, transportation was by collective minibus. I remember having a good mood when we took off for Ben Nevis for the weekend. Penrith was visited for a ‘refreshment’ on Friday evening (not the driver!), Tower Ridge on Saturday, hay barn accommodation purchased from a Fort Bill bar for the night and Sunday devoted to a huge breakfast and back home. There were loud Christmas dinners and foreign gatherings in the Slavic states, the Alps, and Yosemite. The arrival of children fostered new institutions with Malcolm Winstanley making us think running was fun as we headed to Pembrokeshire over Easter for some fun on the cliffs. The fit with family life was that these things didn’t take a whole day, leaving time for the beaches of Pembroke, and for beer, bonfire and fondue at our Hut after the Penmaenmawr Fell Race in November.

While the Club experienced a “golden age”, it began to tarnish towards the end of the 20th century, with declining interdependence undermining the foundations of the Club. The â€œMeetâ€ lost its grip on people’s diaries, with climbers favoring lightning when the conditions were right instead of sitting in a tent waiting for the rain to stop. The precious Winter Meet has given way to â€œsun rockâ€ trips to Spain and Morocco. Many were active but no longer depended on the Club to facilitate their task. A thriving Thursday fringe team was dedicated to the Helsby and Frodsham sandstone and there were friendly group raids on distant Scottish boulders, but the reluctance to make a ‘meeting’ of such things, you never knew who could. to present oneself. 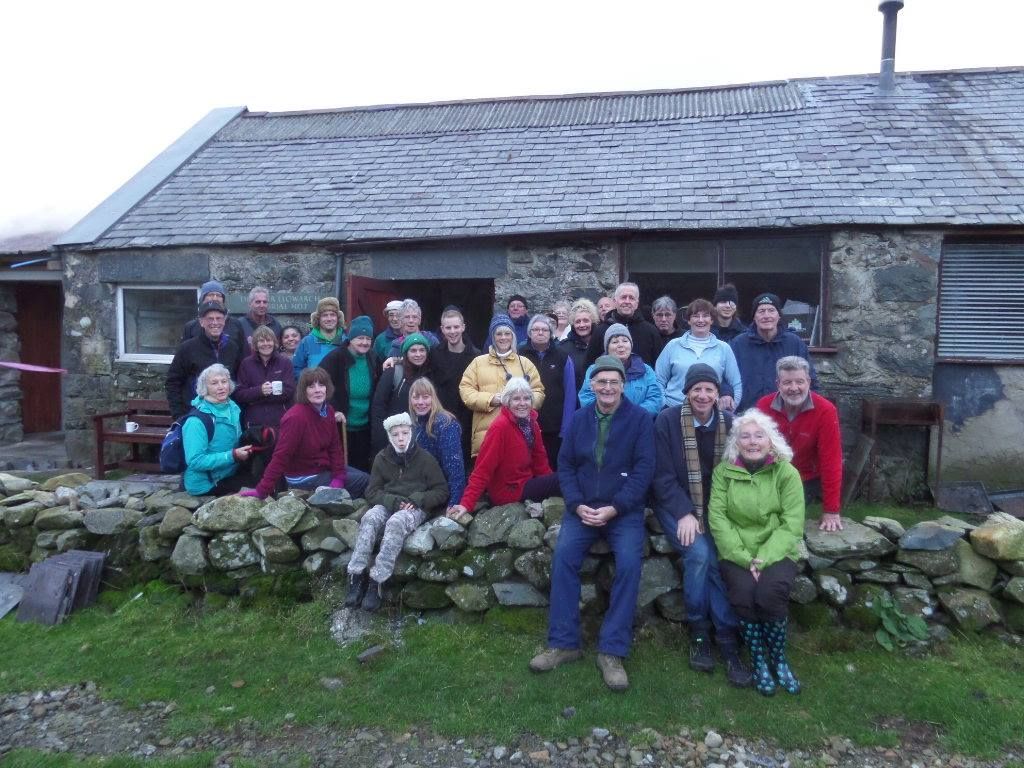 Endings: ‘Fings isn’t what they used to be

In 2010, our fiftieth anniversary, it was evident that the Club had an aging workforce and was not attracting young people who could secure its future. In the years that followed, young people joined and a new excellence was achieved in mountain marathon type things, but we had become less of a â€œclimbingâ€ club, more of a social club. The lodge has become a place for the important work of Sefton veterans in their work with PTSD survivors. Especially since the addition of sanitary facilities to our Cabin, the Club has been able to secure its financial situation thanks to rentals to external groups. But the Club struggled to reconcile the dual imperative of making the Hut accessible to members at all times and maximizing its value as a resource. The Club felt â€œdrainedâ€ with virtually all of its transactions being expenses or income from the lodge.

Dave Appleton has wisely and well guided us into the future of our Rucksack Club. Now at the end of our Anabase, and thanks to our new friends at The backpack club, we look to the future with optimism. We will travel as we have always done, collectively and individually, taking care of each other, and, on the hill as in the trials of everyday life, never leaving anyone behind. Sadly, George Murphy, our president and only honorary life member, passed away on 3rd February. It is normal that he becomes an honorary member of the Rucksack Club.