Last spring I traveled to California to take advantage of their heavy snowpack after an above average season for the Eastern Sierras. I started hitting Mammoth park and downhill descents on the Mammoth gondola. A few days later Coulter showed up with plans to camp and ski mountaineering in the palisades near the big pine tree.

I loved the laid back condo life with the The crew of the saga but was anxious to go camping in the babeurres. Everything was in place for our mission on Temple Crag, from camping to warm-up days on the snow and on the rock in the Owens River Gorge. 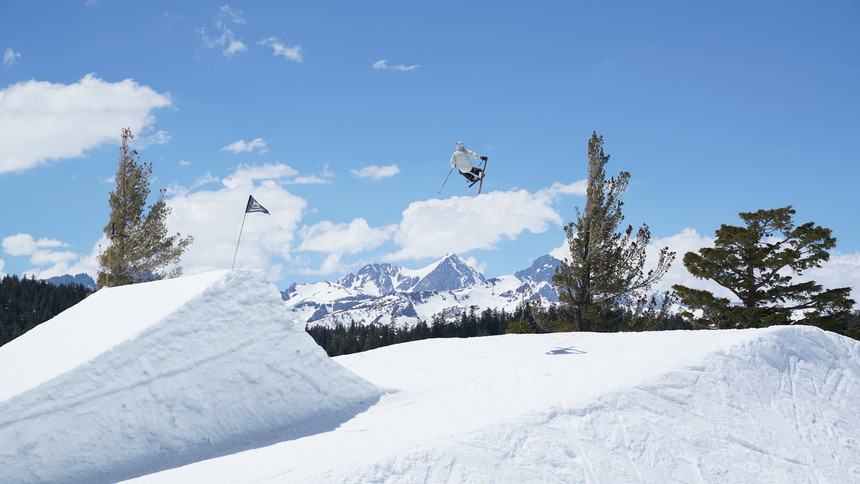 Park towers with a view of the Minarets. 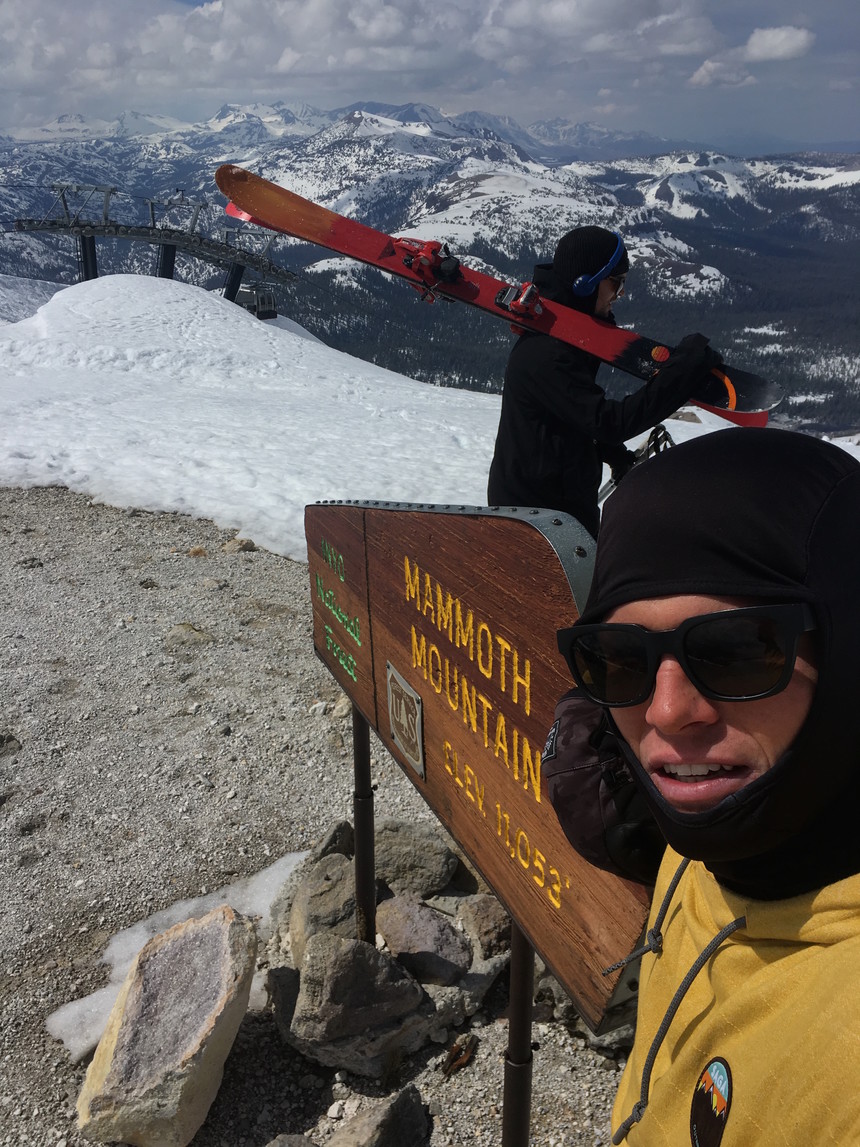 Ski from the top of Mammoth to warm up!

Earlier this month, we hosted a summit of Middle palisade to prepare for Temple Crag. This is a 14km summit and it was a real challenge (with the wind hammering the frozen snow near the summit) to reach the summit in one day and really motivated us to prepare for a Temple summit Crag. 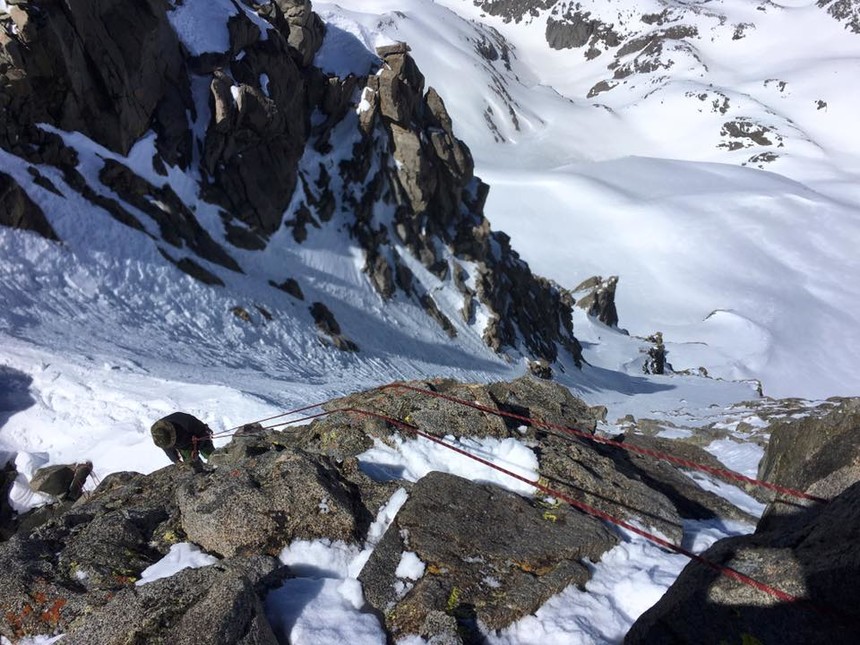 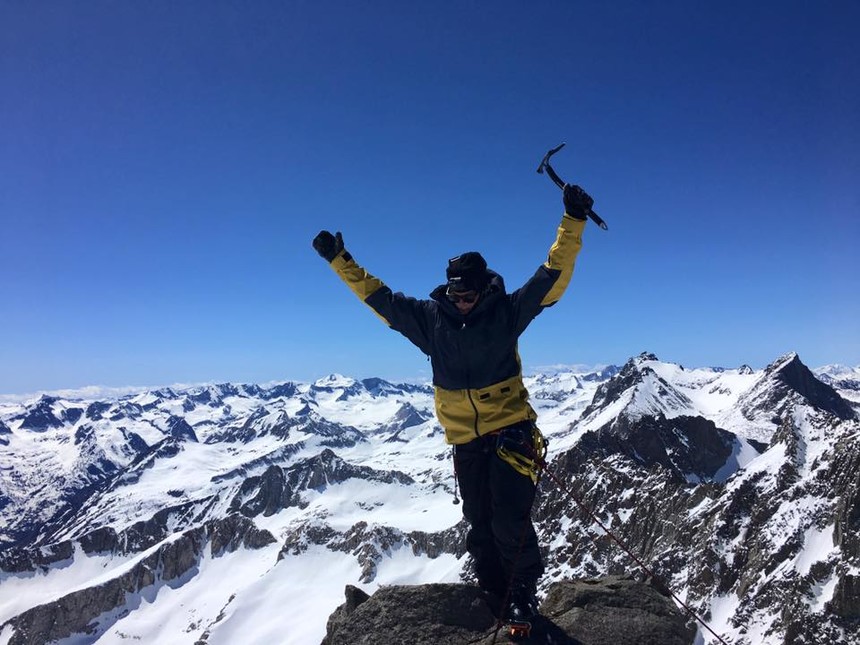 The idea of â€‹â€‹skiing the Temple Rock occurred when Colter saw the potential to connect a rock / snow line during a mission earlier this month near the palisades. The high snow totals in the Eastern Sierras made it stand out this season more than others. The rock is a surprisingly pleasant granite for elevation and is home to some popular climbing routes in summer. To reach the goal of reaching the top and skiing in the chute, we had to ditch the ski boots to rope ourselves in and climb the slopes between the snow sections. 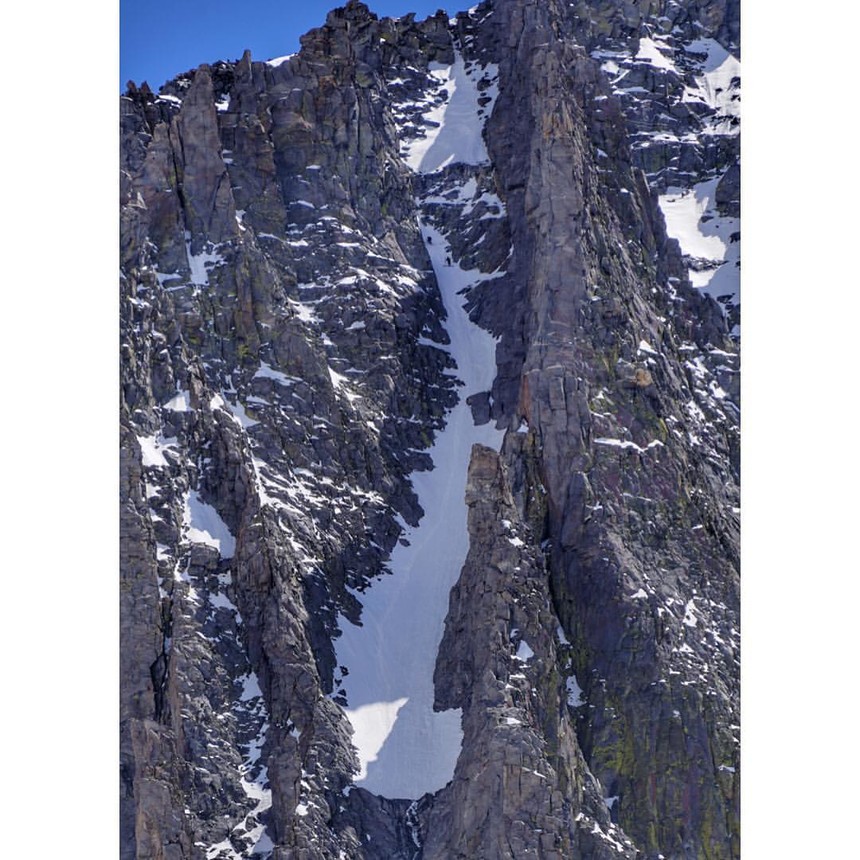 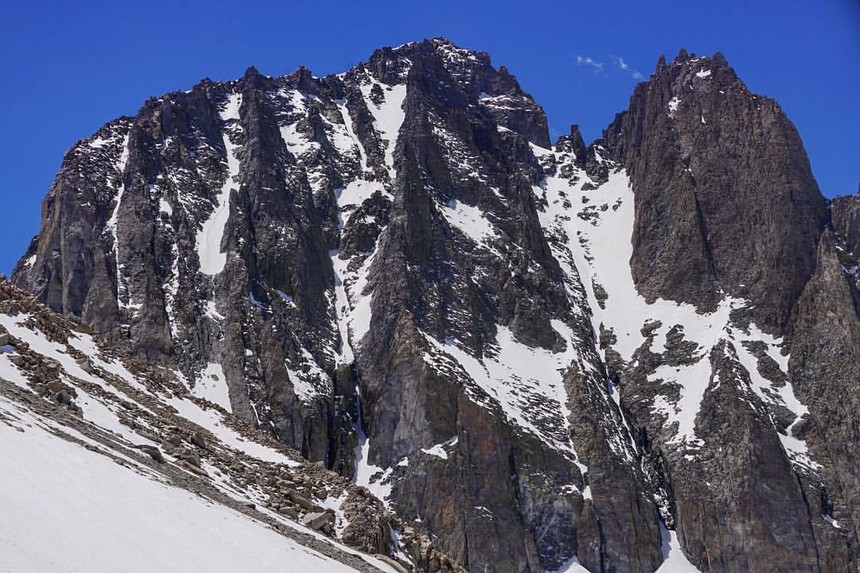 Can you spot us in this photo? 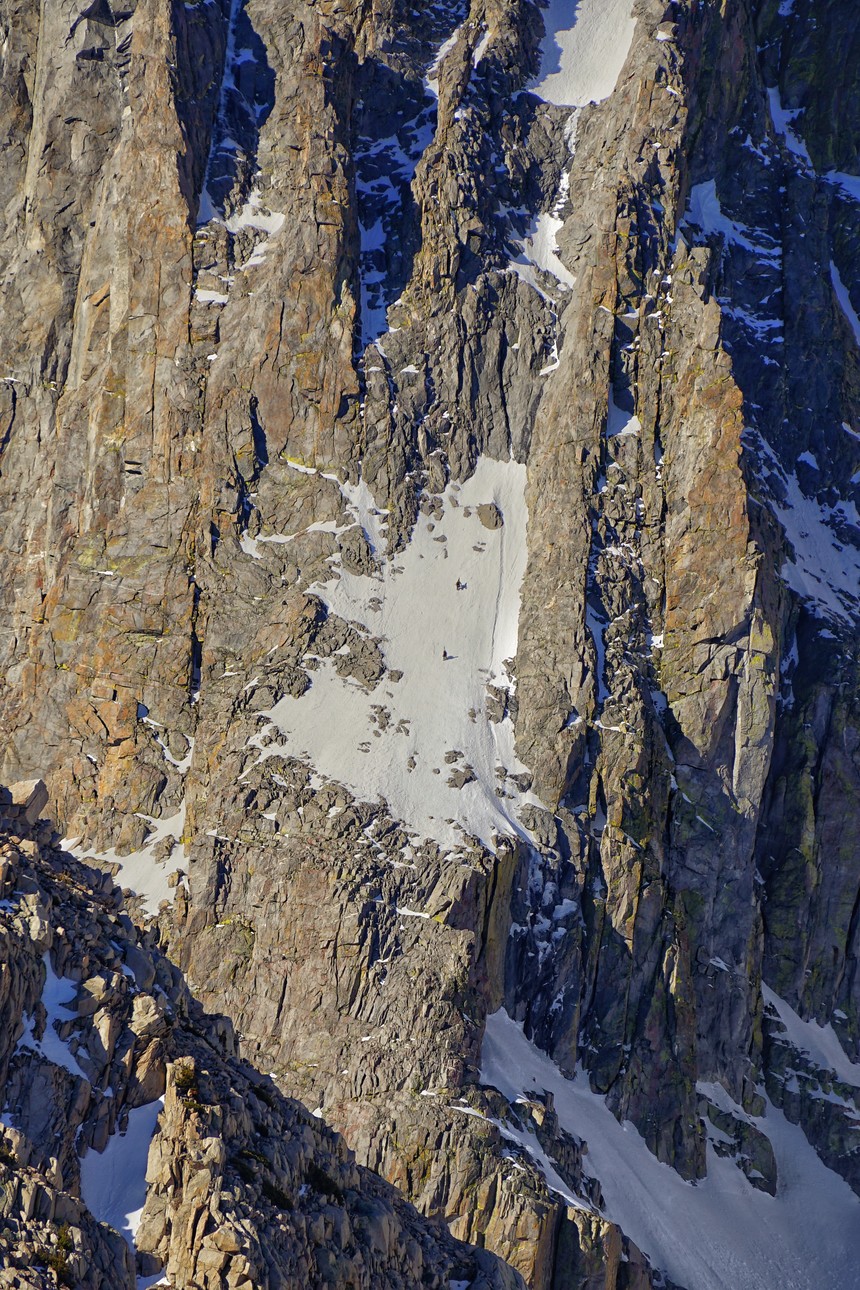 On the snow about to attack another rocky section! 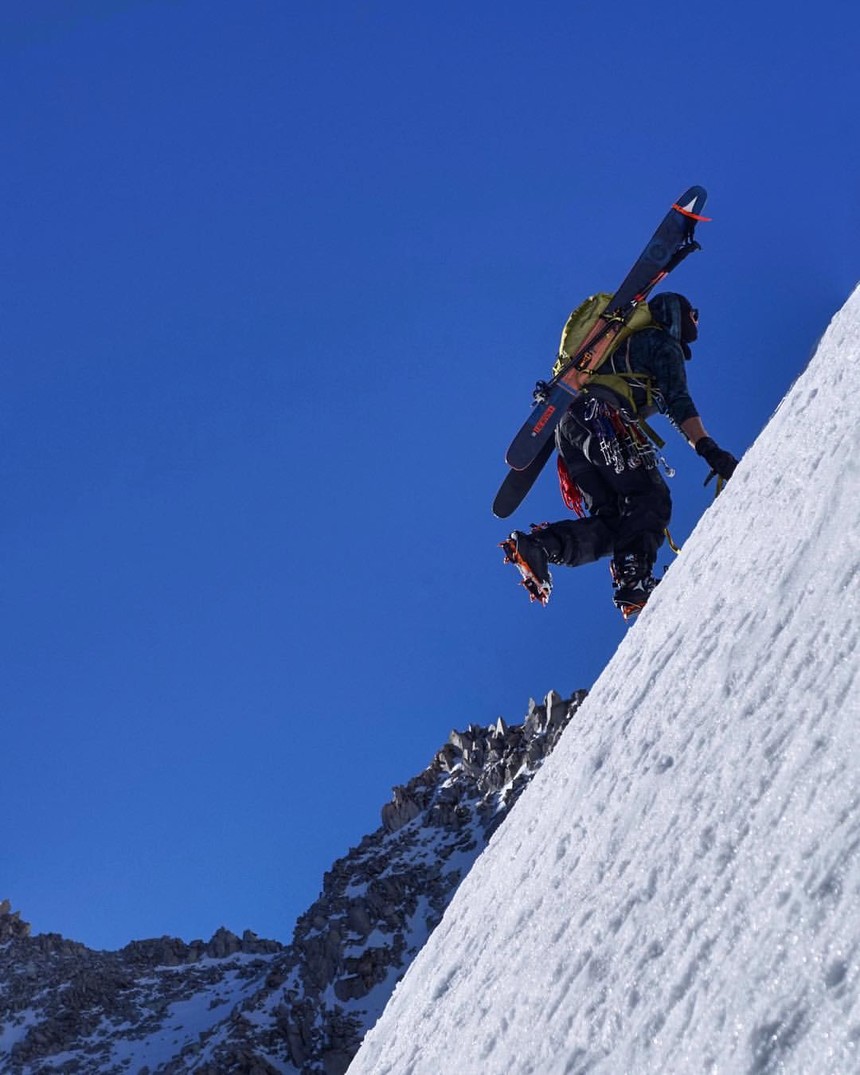 We are heading towards the granite wall.

We made it to the top around noon, with shadows just starting to creep into the hallway. We didn’t know what to expect for the rock climb but thought there would be an easy 5.7 with some 5.9 moves and that’s kind of what we encountered. There were a lot of options and looking back I’m happy with the way we climbed. we brought a lot of gear with us and Colter brought some old gear to leave as anchors for the descent (there were a few anchors in place from previous climbers), but we installed one ourselves. 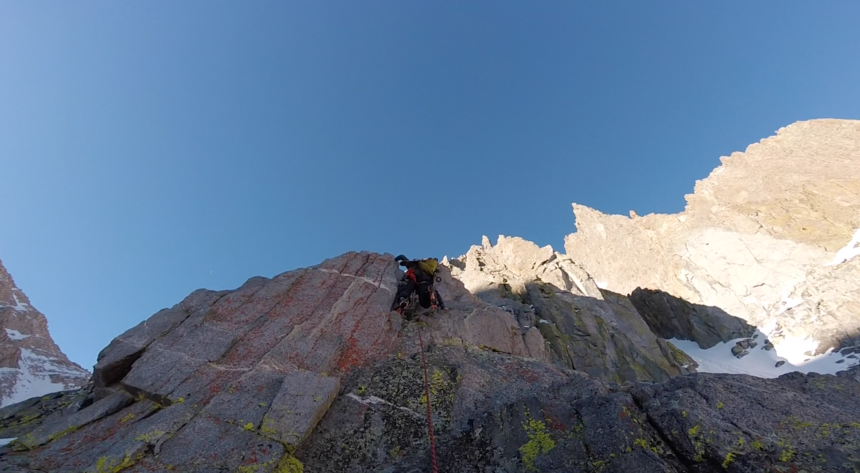 Durtschi Leading the first section just as the sun hits us. 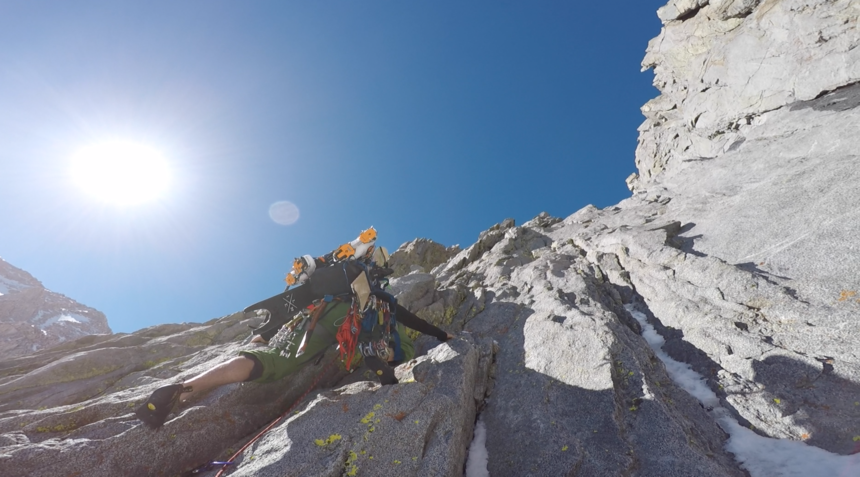 Colter with the climbing shoes and the boots on the backpack with skis (it was a heavy load but manageable). 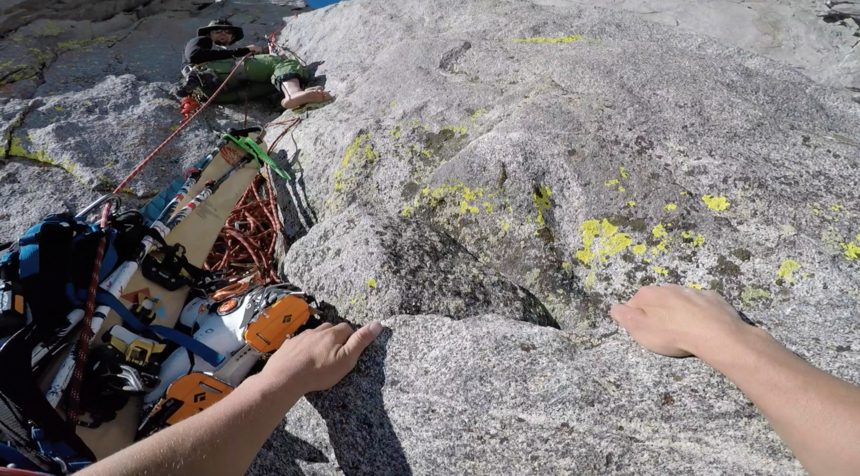 At the belay approaching the end of the line with another step over it before the main snow section. The early start was worth it as changing gears between rock and snow was tedious. Our biggest concern was how good the snow would be when it clicked. It softened as we walked and got to about the too soft beach by the time we were ready to ski. To be honest it was really good to be rappelling with the skis on, it was safe. On the other hand, grabbing the ice ax and hop by lowering the “no-fall zone” was just scary! We were able to ski the middle part and do a lot of jump turns, there was a weird feeling knowing the end of the trail was a huge granite cliff. 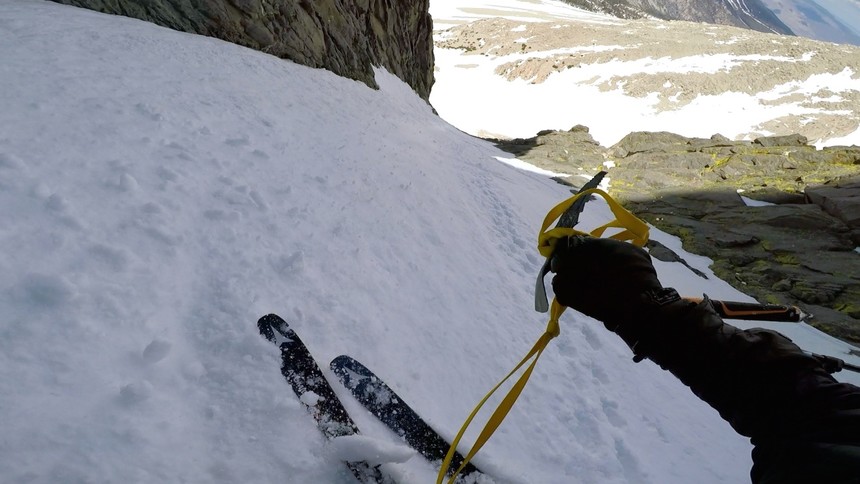 Make turns in a no-fall zone!

The snow was very melting, but we weren’t worried about it slipping like a wet slide avalanche. Our main concern was the weight of the snow pushing off the skis and burying them to the point that you started to slide out of control. It took a while to figure out how to maneuver, but once we got into a rhythm everything went well and we were able to link the turns into the Main Coulier. It was a unique experience! It was really good to see Colter throw the rope on the last encore. It was around 5:30 p.m. and we had the chance to ski perfect corn to base camp and celebrate the successful mission! It was a great feeling arriving at camp as the sun was about to set, a true full day mission! 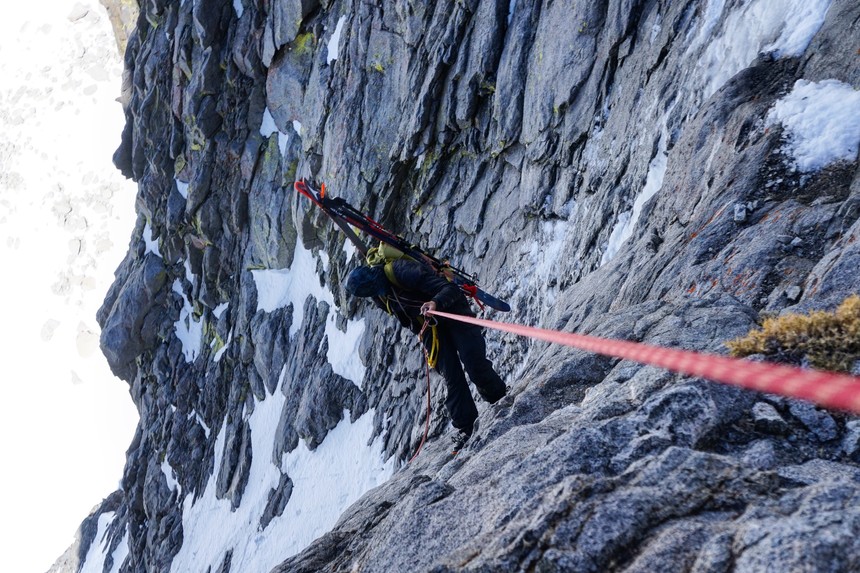 This montage is a longer version of the one I posted on my Instagram account this summer. Check it out for a shorter 2 minute version (part 2). I wanted this edit to show the whole process, every section of the ascent and descent, so this one is a bit longer at 5 minutes! I wanted to include as much footage as possible to give an idea of â€‹â€‹how we made transitions during the mission and had to work out some parts of the climb.

You might notice that on the last section of uphill climbing I was roped up by Colter from above (he climbed that section without a rope) and had my boots and crampons on choosing not to switch to climbing shoes to save time. I watched Colter climb this section without the rope and knew I would need to be roped up. I was happy to take the extra time to line up and Colter supported my decision. Working with your partner is essential, and making calls in confusing situations requires a calm approach while chatting. Watch the video to see what else surprised us during the mission and feel free to leave questions and comments via Twitter Facebook or Youtube and I will be happy to answer them! 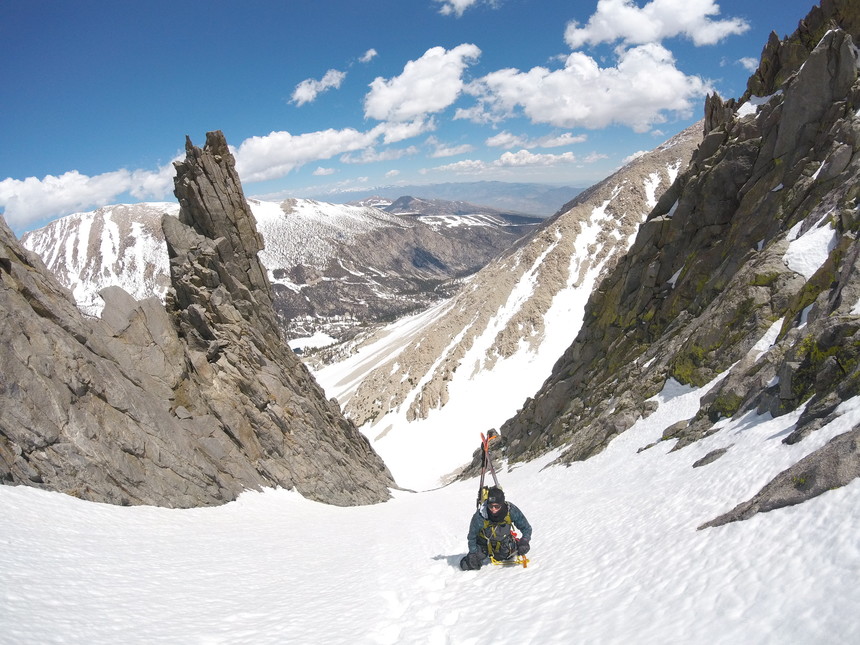 Breathe in the Heart of the Temple. 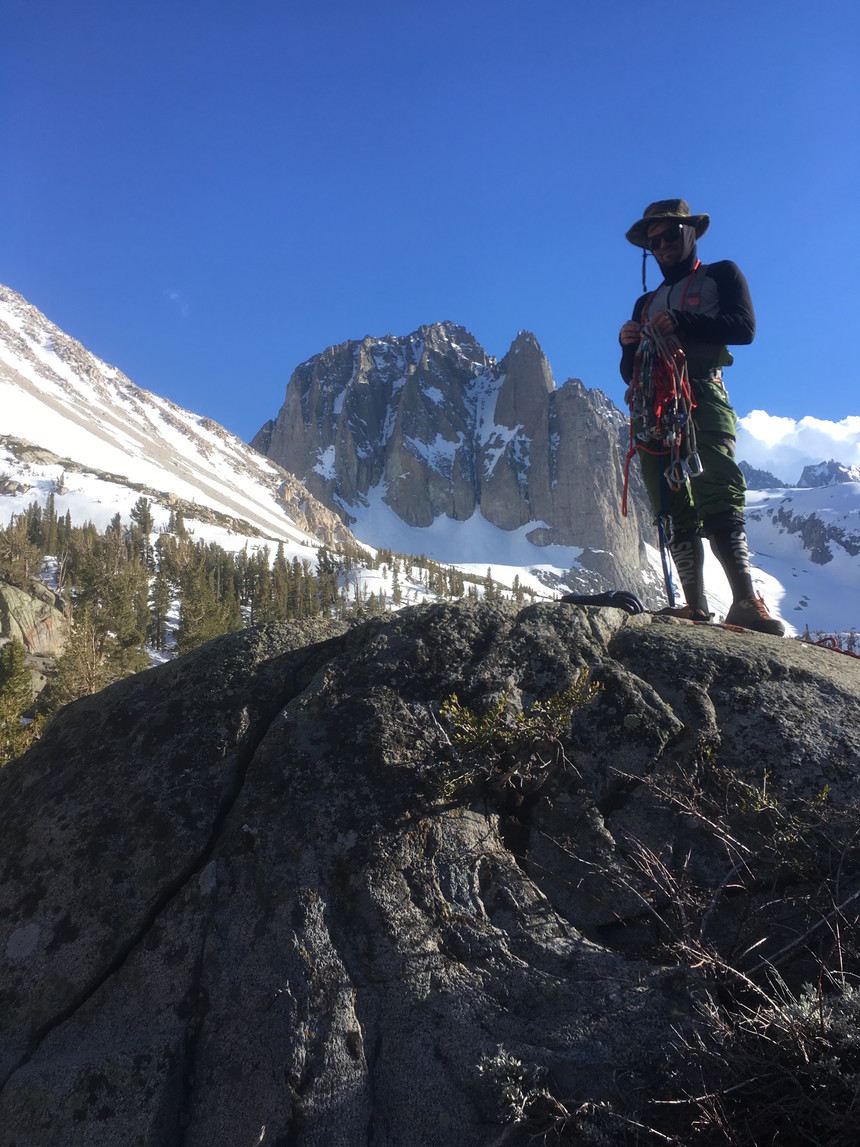 It looks tiny from so far away, but you can make out the line on the far left.