Hiking the entire 2,200 mile Appalachian Trail is a rare achievement. It’s even rarer when two hikers from the same Indiana town — who don’t know each other — pass each other in the middle of the trail.

Julie Sanders and Robert Santin both started their trek in Georgia, but they didn’t meet until they reached Pennsylvania.

Sanders, 30, had started his hike nearly a month after Santin. Santin, 58, had returned home in the middle of his hike for medical reasons before hitting the trail again. The couple met at a Pennsylvania campsite and didn’t know they were both from Fishers until Santin realized Sanders had featured in a February 2020 Current in Fishers cover story on his plans to hike the Appalachian Trail.

When the COVID-19 pandemic started in the spring of 2020, Sanders said she was a week away from traveling to Georgia to begin her trek. The pandemic has put plans aside until March 2021.

“I walked around Fishers a lot during quarantine,” Sanders said. “I would walk 8-10 miles a day just here passing the time. I knew immediately that I would go as soon as possible. 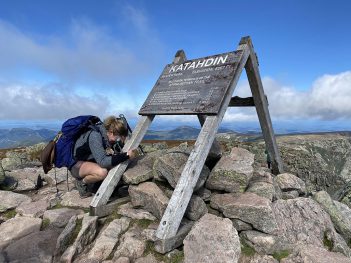 Santin started preparing in 2020 and is expected to start hiking in 2021. Santin is a retired US Army veteran. He spent five years in the infantry, then worked as an armor officer. He had never completed a night hike before deciding to hike the Appalachian Trail.

“I grew up in Virginia, so when I was little we used to go to the Luray Caves in Virginia, and the (Appalachian) trail goes through there,” Santin said. “I am not getting any younger. I was looking for another adventure that I could do.

“Then he said goodbye to me in his arms and I started walking,” Sanders said. “It was a sweet moment.”

Santin started his hike on February 22, 2021. He took a break in April and returned home for a few weeks before returning to complete the trail.

“We met in Pennsylvania,” Julia said. “That’s how the trail works. People go at different paces. There can be a one-month window between two people’s start date and somewhere along the way they meet.

Santin and Sanders were hiking to a particular campsite when they passed each other.

“We ended up at one of these sites and we both settled down, cooking dinner and we were just talking,” Santin said.

Santin said that once Sanders told him she also lived in Fishers, he recognized her from the newspaper. Santin said the other hikers he met on the trail lifted his spirits.

“I had a bad opinion of people. I was just fed up with everything going on in the world and was refreshed by everyone I met there,” Santin said. “They were really fun to be around and (they were) such a diversity of people to come together and get along with. All because we share the same trials and difficulties.

“The shared experience was a very powerful thing that was kind of magical how it brought so many people together,” Sanders said. 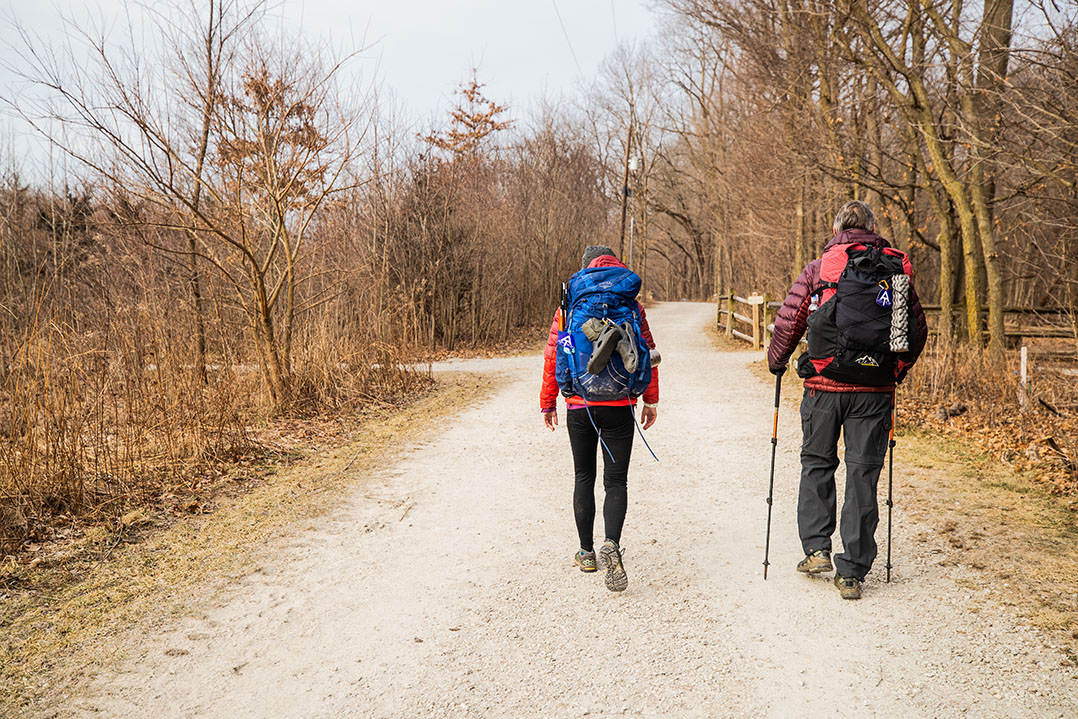 Rob Santin and Julie Sanders hike a trail together in Fishers after returning from the Appalachian Trail. (Photo by Rachel Greenberg)

Hardest part of the course:

Sanders and Santin agreed that southern Maine is the hardest area to hike on the Appalachian Trail because there are a lot of rocky beds.

Injuries on the trail:
Sanders: A bloody nose

Santin: A broken finger and a hernia

Easiest part of the trail:
Sanders: Sleeping in the Woods

Santin: The People and the Views

Scariest animal encountered on the trail:

Sanders: Five Fears of the Rattlesnake

Sanders: Hike the Pacific Crest Trail in 2023. The PCT is about 400 miles longer than the Appalachian Trail.

Santin: Hiking the Foothills Trail in South Carolina in March.