Later this week, I’m heading to the Tobacco Root Mountains of Montana for a ski mountaineering lesson offered by Bell Lake Yurt and Montana Alpine Adventures. Most of my downhill skiing experience is limited to keeping up with others, so I see this course as an opportunity to learn, practice and hone skills in a focused setting among other like-minded skiers. I also see it as a perfect opportunity to extended test a few things that really stood out during this year’s Powder Mountain Gear Test Week. Here is what I bring and why. –Tyler Cohen, Editor-in-Chief

VoilÃ© could have an Editors’ Choice Award for almost every year that I’ve been an editor, and I still ski their 2010 CE-winning Charger. But their skis aren’t just my favorites – our testers still appreciate VoilÃ©’s accessible and versatile flexes and shapes, especially their light weight and affordable costs. Next year’s Ultra Vector stood out in our March ski test for exactly these features. It’s based on the imprint of their Vector, which was an Editors’ Choice winner in 2011, but with wider dimensions, a turn radius and a rounder flex that I think will be well suited for couloir skiing and conditions. variables. 130/96/114, 7 lb, $ 695

I have already spent a dozen days in the new X-Alp from Salomon and I cannot recover from the comfort of walking. This is thanks to what Salomon calls a â€œ3D rotating cuffâ€. In walking mode, a vertical split at the back of the cuff allows lateral ankle mobility and allows for a more natural walking stride, especially uphill. It works-really good– and I haven’t noticed that the feature (which locks into place while skiing) detracts from downhill performance on laps or on a handful of soft snow rides all day. But we’ll see how it plays out in steeper and more demanding situations. 98mm last, 5.1 lb, $ 1,099

When Dynafit introduced its Radical 2.0 bindings two seasons ago, the rotary stop received mixed reviews from our testers. On the one hand, this allowed the release of DIN certified bindings, a measure that I can support solidly. On the other hand, it was painful to hang on. Dynafit aimed to solve this problem with the thrust bearing of the new Rotation 10, which centers automatically thanks to internal bearings. The heel piece is also revised, using what Dynafit calls a “bayonet lock,” which essentially means that the heel shank is integrated into the baseplate with a more robust interface. Rotation 10 was not at Powder Mountain, so it will be Countrysideis the first crack to test this new offer. 4-10 DIN, 2.2 lb, $ 650 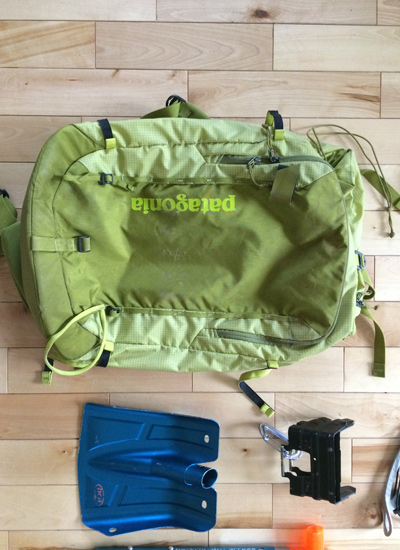 This new bag is Patagonia’s ski-focused spin-off of its Ascensionist climbing bag with a large-volume safety gear pocket and A-frame and diagonal ski rack. 40L, $ 199

I realized three years ago that I hardly ever shorten or lengthen my poles on tour. Or never. So I switched to this pair of fixed length carbon poles that withstood all the abuse I put them through. 1 book $ 199

This is my go-to backcountry helmet and, in addition to weighing next to nothing, it is doubly certified for skiing. and impacts related to climbing, so that my brainpower and my wife stay happy. 8.8 ounces, $ 200 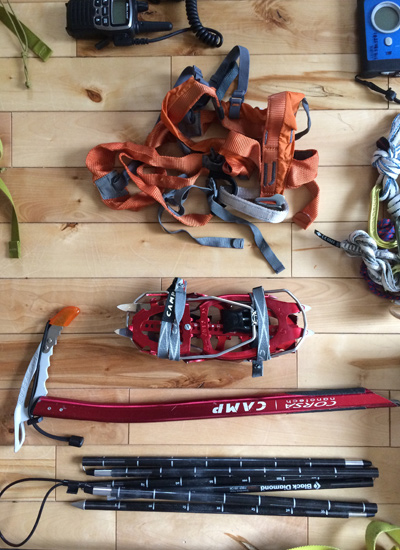 Black Diamond has since released a lightweight version of this harness, and the original and updated models are designed to be easily put on or take off while wearing skis or crampons. This is great for mountaineering or for pooping. 7.5 ounces, $ 65

The weather forecast calls for snow in the tobacco roots over the next few days, so I intend to forgo heavy metal sharp objects for the steel-tipped crampons and aluminum body and ice ax. Camp. 21.1 oz, $ 200 (crampons), 8.8 oz, $ 160 (ice ax)

What’s the point of carrying a lightweight setup if each ski is covered with 10 lbs. of snow? This non-stick spray is a water-based lubricant designed to prevent snow from blackening the topsheets. I have found this to work especially well on matte or textured topsheets like VoilÃ©’s. 4 fl. ounce, $ 14

The skis, boots, bindings and pack mentioned here will not be available until this fall. Do you want to know how it was tested? Subscribe now to get the Gear Guide, available at the end of the summer.