It was a devastating rumor that had plagued one of the world’s most famous mountaineers for decades – that he had left his less experienced brother to die on the side of a mountain in a selfish attempt to reach the summit of Nanga Parbat, in the Pakistan, in 1970.

While Italian Reinhold Messner, 77, had always insisted his brother had been swept away by an avalanche during their descent from the 26,660ft (8,126m) summit, known today as “murderous mountain”, an air of suspicion has followed him throughout his career.

Much of the controversy arose after two climbers who were on the same expedition – Hans Saler and Max von Kienlin – both wrote books in the early 2000s that accused Reinhold of abandoning his brother, Guenther Messner, after he became delirious and consumed by frostbite.

But the father-of-four now appears to have been vindicated once and for all after his tragic brother’s boot emerged from a glacier last week – some 52 years later.

The discovery of the leather shoes was made by locals at the foot of the western face of Diamir Mountain, precisely where Reinhold claimed his brother died.

Bones belonging to Guenther, who was 23 when he died, were found in the same area in 2005, along with his other boot, which still contained the remains of the foot inside.

Italian Reinhold Messner (pictured), 77, had always insisted his brother had been swept away by an avalanche during their descent from the 26,660ft (8,126m) summit of Nanga Parbat, Pakistan, in 1970. 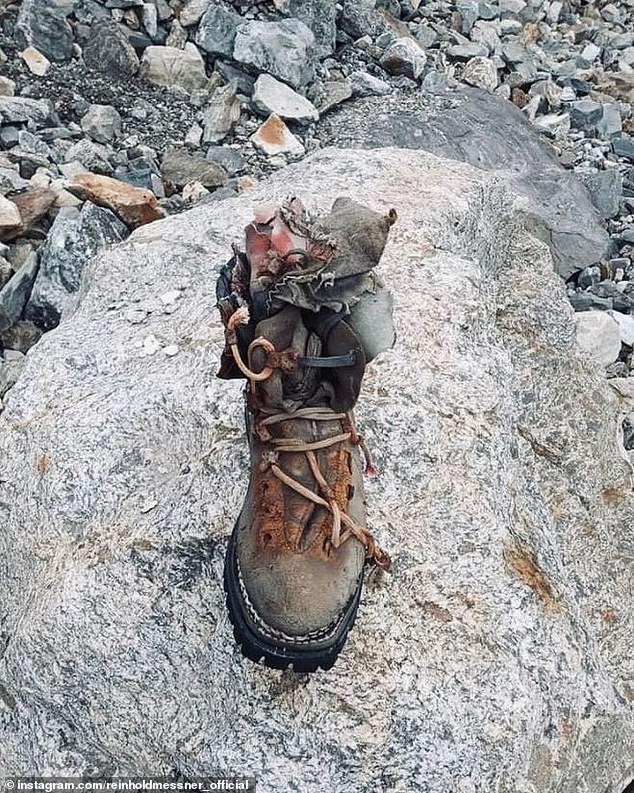 Reinhold shared an image of the boot (pictured) with his more than 170,000 followers on Instagram, telling an Italian newspaper that it provided ‘final justification’ for his version of events. 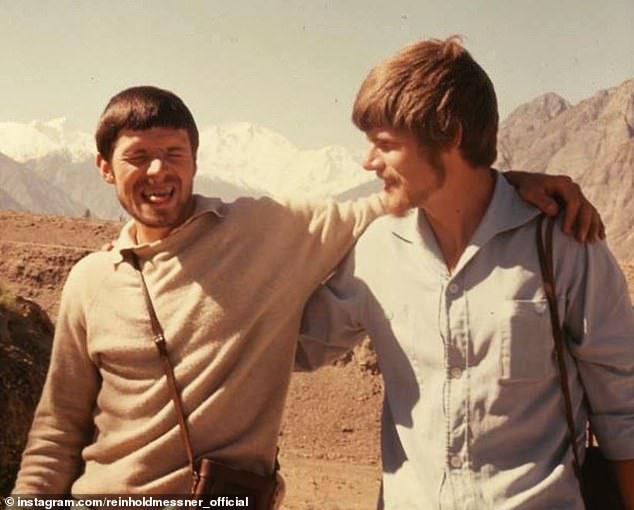 Bones belonging to Guenther, who was 23 when he died, were found in the same area in 2005, along with his other boot, which still contained the remains of the foot inside. (Photo: Reinhold and Guenther before their tragic rise in 1970)

Reinhold smuggled the bones – and the boot – in four backpacks from Pakistan before having the big toe tested for DNA in Austria, which confirmed they belonged to his brother.

The shoes are instantly identifiable as belonging to Guenther because they were custom made for the climber, Reinhold said.

“People said I left him to die, sacrificing him for my own ambition. I am at peace with myself, even though the accident changed my life.

Reinhold shared an image of the boot with his more than 170,000 followers on Instagram, telling the newspaper that it provided the “final rationale” for his version of events.

“The mountain never lies and, if it were needed again, the discovery of this boot definitively establishes the truth about my brother’s death,” he said.

“This is irrefutable proof that Guenther disappeared during the descent, not during the ascent.”

He said he wanted to send the boot to northern Italy and display it in one of the museums on the Messner mountain in his hometown in South Tyrol.

Reinhold nearly died when he descended from the Nanga Parbat in 1970, becoming lost for six days before losing several toes to frostbite. 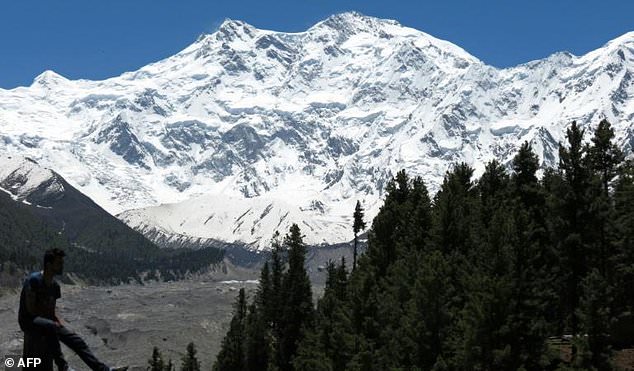 Nanga Parbat in northern Pakistan is the ninth highest mountain in the world at 8,125 meters

He wrote a book in 2003, called The Naked Mountain, in which he recalled how his brother was struck down with altitude sickness before they went their separate ways.

He said he desperately tried to find his brother.

“When they found me in the valley, I hadn’t eaten for six days and I weighed 56 kg. I cheated death,” he wrote.

The climber has amassed a huge following after achieving record-breaking feats throughout his career.

He was the first to summit Mount Everest without using supplemental oxygen.

Nanga Parbat and why it is called the “killer mountain”

Nanga Parbat is one of the tallest mountains in the world, standing at 26,600 feet / 8,126 meters high. It is located in the western Himalayas in the Pakistani sector of the Kashmir region.

The drop on the north side of the mountain is a whopping 23,000 feet to the Indus River with its sheer walls rising almost 15,000 feet above the valley below.

The mountain is also known as ‘Diamir’, which is a local term for the peak that translates to ‘king of the mountains’.

But why is the mountain nicknamed the “killer mountain”?

In 1985, British mountaineer Albert F Mummery led the first attempt to climb the snowy mountain, but he died in the attempt.

Since then, at least 30 other climbers have also perished on the mountain due to its harsh weather conditions and frequent avalanches. It is believed to have taken the lives of over 80 people in total.

Other expeditions were also carried out with the first German scale having taken place in 1932 by Willy Merkel. The team were good climbers but bad weather prevented the team from progressing beyond Rakhiot peak which is northeast of the summit of Nanga Parbat.

He then led another in 1934 which was better funded but at first one of the team, Alfred Drexel, died while the others suffered from exposure to altitude and severe frostbite.

In 1937 Karl Wien led another expedition – progress was made but due to heavy snowfall quite close by the whole team was overwhelmed by an avalanche, sixteen men died.

However, in 1953 Austrian mountaineer Hermann Buhl succeeded in reaching the top of the mountain.

In 1968, at least 68 climbers perished trying to scale Nanga Parbat, which is considered the second most difficult 8,000m peak after K2.

Another tragedy occurred in 1970 when Gunther Messner, brother of mountaineer Reinhold Messner, died on the mountain.

In 2013, 11 mountaineers and locals were killed by a Taliban faction at the base camp.

The mountain was first summited in winter in February 2016 by Italian climber Simone Moro and his team – Alex Txikon from Spain and Pakistani climber Ali Sadpara – who overcame frostbite and high winds to reach the Mountain peak.

In July 2017, a Spaniard and an Argentinian were presumed dead after going missing while trying to climb Nanga Parbat.

In 2019, the search for Briton Tom Ballard and Italian Daniele Nardi ended after an aerial search team confirmed that silhouettes spotted at a height of around 5,900 meters (6,455 yards) were the bodies of the two. mountaineers.