Irish yacht Danú, which embarked on a scientific, sailing and mountaineering expedition to the Arctic last month, has reported a highly successful trip to the largest and deepest fjord system of the world, Scoresby Sound, in eastern Greenland.

The party of independent adventurers aboard the 13m (43ft) steel ketch led by scientist and NUI Galway mountaineer Peter Owens have now reached Iceland on their return passage south and are departing for Ireland early next week, weather permitting.

The crew took sea and freshwater samples daily to assess the extent of microplastics in northern waters, and also collected information on new anchorages, which can be added to navigation guides.

Strong Atlantic waves broke one of the yacht’s windows en route and they had to carry out temporary repairs.

The crew had to repair Danú’s engine at Husavik on the north coast of Iceland, then spent time analyzing daily ice charts sent from England to plan their passage further north. Paul Murphy from Carran, Co Clare and Dublin mountaineer Sean Marnane joined the crew in Iceland.

“We took a chance and set off for Turner Island on the east coast of Greenland, which was very wild and remote,” Owens said.

“From there we headed to the settlement of Ittoqqortoormiit, formerly known as Scoresbysund or Sound, where we got a rifle in case we needed it for the polar bears,” Owens said.

“Every day it was never above five degrees Celsius, even though it wasn’t snowing, and when we sailed into Scoresby Sound it was foggy and we saw what looked like a cloud bank. ahead of us – but actually it was pack ice,” Owens said. 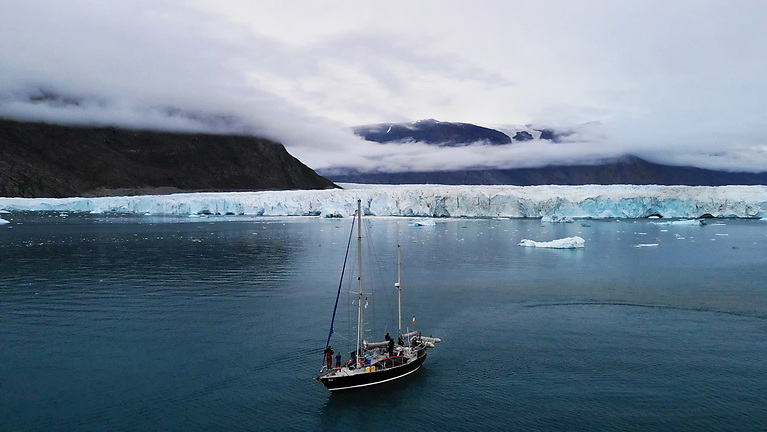 The Icelanders had told him several weeks before that it was one of their most volatile summers in 30 years.

“We waited several days at Jameson Land, a peninsula in eastern Greenland, for the ice to dissipate, dropped anchor in a very remote place, and took another chance and sailed south , riding along the edge of the ice – although for a while there was no lead, no openings and a lot of motor-only operation as there was very little wind,” said he declared.

“We had to go back, wait several more days, and then we found that the whole system had changed, there was no ice and really big icebergs were coming and going in Scoresby Sound,” Owens said.

“We spent the next few weeks in this area, visiting a series of remote anchorages and surveying each of them around Milne land and Renland,” he said.

“We also took sea and freshwater samples to assess microplastics, as part of a research link with Trinity College, Dublin’s Center for the Environment,” he explained.

Owens and Sean Marnane tried three different areas for climbing, adding a new 10-pitch route above the Skillebugt Fjord anchorage on the south coast of Renland. It often took hours of climbing scree to reach the base of the roads, Owens said.

Danú then circled Milne Land, a large island in the fjord system. Owens and Marnane, who had kayaks to access the mountain roads, climbed to the top of Hermelintop.

The 1,172m-high summit, which offers a panoramic view of the confluence of three ice-choked fjord systems, involved climbing a spectacular and enormous ravine that “stretched for miles and ended not far from the main summit,” Owens said. 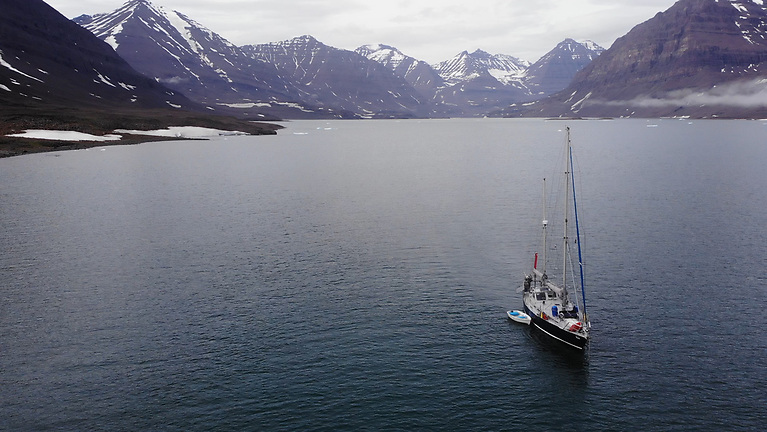 The yacht was in its last piece of concentrated ice as it cruised around Milne Land. The ice was “constantly cracking, forming, changing and making big, loud bangs,” he said.

“It sounded like a rockslide in the Alps, so we were climbing and hearing this loud noise, and I was waiting for something to fall on me – but it was just icebergs,” Owens said.

“After that we could see a weather window and thought it would be a good time to start heading back, so we headed back to Ittoqqortoormiit settlement to leave the rifle – which we didn’t have to use” , did he declare.

“The sheer expanse of the whole place was wonderful and we could spend a lifetime exploring this area, but given the amount of time we had we were happy with the results,” Owens said.

The crew “worked very well through the ups and downs of the Arctic voyage,” he said.

“We didn’t have a watermaker on the boat, so we restocked with fresh water from the streams,” he said.

“We saw other boats from time to time, but if you got into trouble there was no one physically to help you and no emergency service,” he said.

“We couldn’t wash for two and a half weeks and our first shower was in Ittoqqortoormiit,” he said.

“It took us two and a half days to return from Scoresby Sound in Iceland, and two of our crew then returned from Reyjkavik, as planned,” he said.

After another crew change, Danú is preparing to head further south to Ireland and to Parkmore Pier at Kinvara around the last week of August, weather permitting.

Owens is a sea climber with many years of experience. He and his wife Vera Quinlan, and their two children, Lilian and Ruairí, spent 14 months sailing, climbing and hiking around the Atlantic several years ago.

The Scoresby Sound Expedition aimed to be self-sufficient in the Arctic, with a strict ‘leave no trace’ policy on the environment, 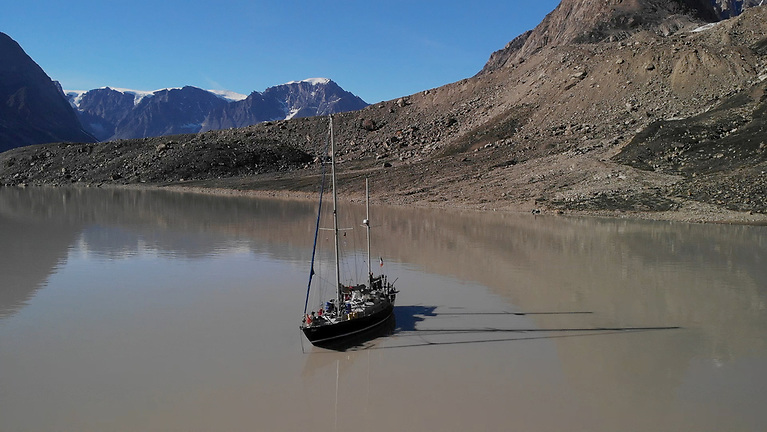 The falconry demonstration, one of the highlights of Waybright Mountaineering Day, will perform for the Embassy of the Czech Republic

“Hiking groups for 20/30 year olds?” Also find out about the upcoming Mountaineering Day at the Embassy of the Czech Republic

Where is Arunachalee Everester during a yet unknown mountaineering expedition

A forest filled with hidden gems and hiking trails in Tennessee

[FOR SALE] Convenient Ski Access for $9.75 Million in Breckenridge, CO

Kaimai Backcountry Hiking: What You Might Not Know About Trails and Huts