A Boston doctor who volunteered to treat patients with COVID-19 has died while climbing the 12th highest mountain in the world in Pakistan.

The Pakistani military located the body of Alex Goldfarb-Rumyantzev on Monday in the Karakoram Mountains, marking the second death of a foreign climber in the region in less than a week.

A helicopter team spotted Goldfarb’s remains during a search and rescue operation that began on Sunday, according to the Pakistan Alpine Club. 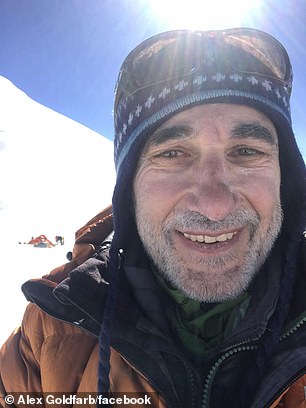 Alex Goldfarb-Rumyantzev, 56, a COVID doctor from Boston, was climbing in Pakistan when he went missing on Saturday. His body was found on Monday 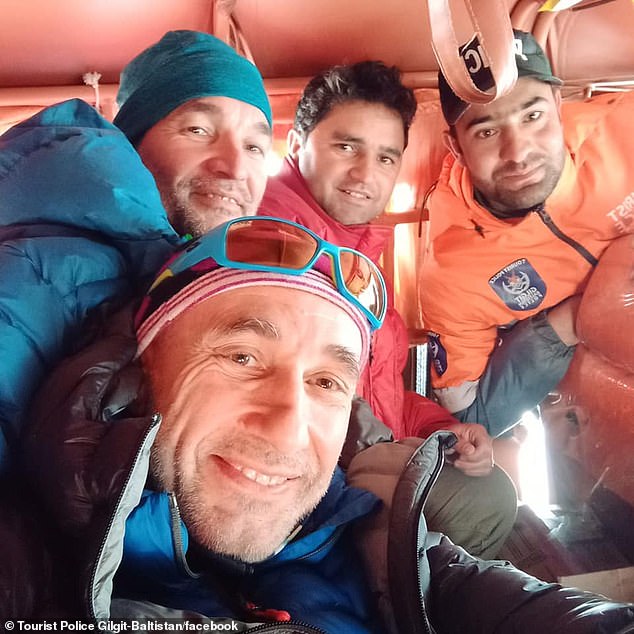 This is one of the last photos showing Goldfarb (center foreground) with his fellow mountaineers in Pakistan. 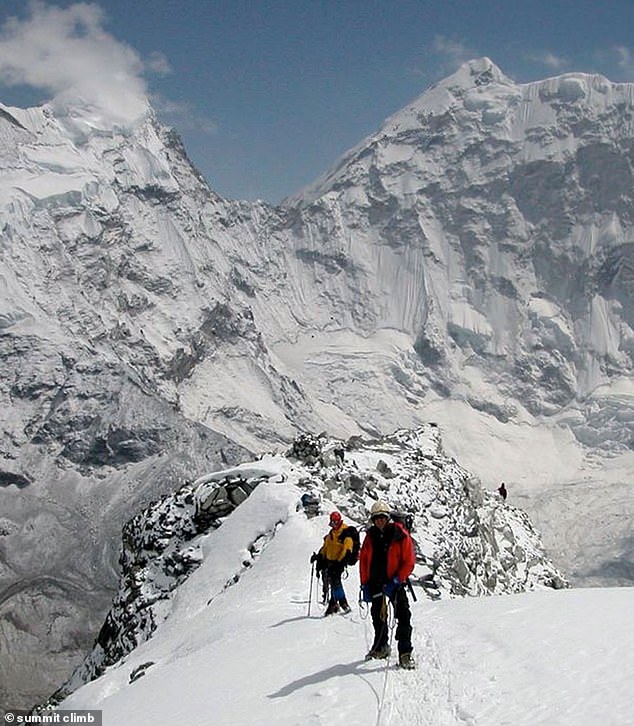 Goldfarb and his mountaineering partner set out to climb Pastore Peak, but faced difficult winter conditions. Goldfarb decided to continue climbing on its own (stock image)

Goldfarb appears to have fallen from the mountain, Hungarian expedition company Magyar Expedicios, which supported the climbers, said in a statement.

Goldfarb and his Hungarian mountaineering partner Zoltan Szlanko planned to climb the 26,400-foot-high Broad Peak, which has yet to be climbed in winter, without using oxygen or aid carriers, according to Magyar Expedicios.

Broad Peak is located not far from the legendary K2, which at 28,251 feet above sea level is the second tallest mountain in the world, after Mount Everest at 29,028 feet.

To acclimatize to this climb, the couple set out to climb the nearby Pastore Peak, but faced harsh winter conditions and Szlanko decided to turn around, while Goldfarb continued on their own.

Szlanko joined the search for his partner after he failed to return as planned on Saturday. 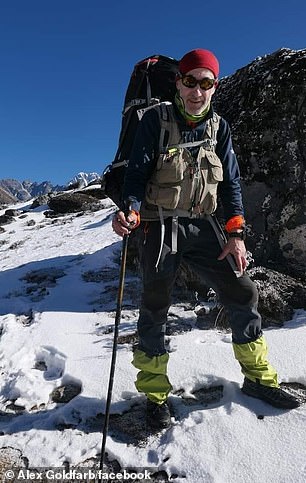 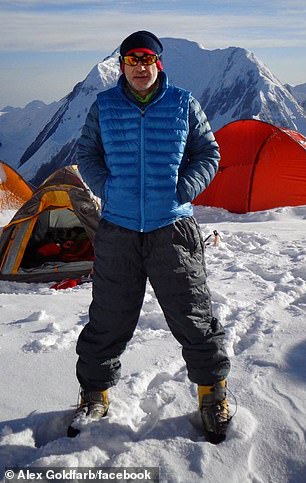 Goldfarb, an experienced mountaineer, was reported missing after failing to return from his climb on Saturday. Authorities believe he fell from the mountain 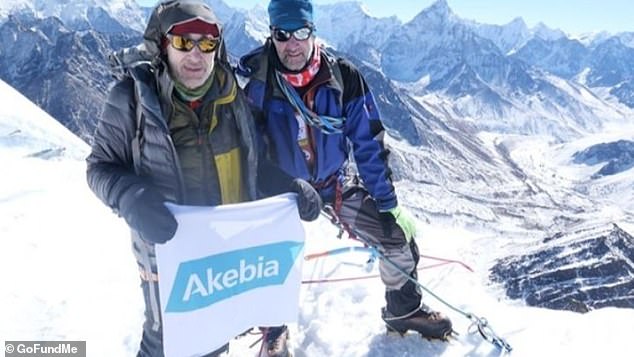 The plan was for Goldfarb (right) and his partner to climb Broad Peak, which is the 12th highest mountain in the world

Goldfarb, a nephrologist at Beth Israel Deaconess Medical Center and lecturer at Harvard University, has been treating patients with COVID-19 since the start of the pandemic, his son Levi Goldfarb told Reuters.

‘He was thinking [mountain climbing] was gorgeous, â€Levi said. “He thought it was liberating because in the mountains it didn’t matter who you were at sea level – a doctor, a lawyer or even a thief, all of those labels were removed and you were playing by a different set of rules. .

‘He made great friends in the mountains, he saved lives and was saved [by others] himself, and he’s been around the world doing it.

Levi started a GoFundMe page to help pay for transporting her father’s body to the United States for burial. He poignantly wrote in the campaign description of his father’s mind-boggling journey, from a penniless Russian immigrant working in a factory and selling his plasma for cash, to a Harvard medical professor with two doctorates. 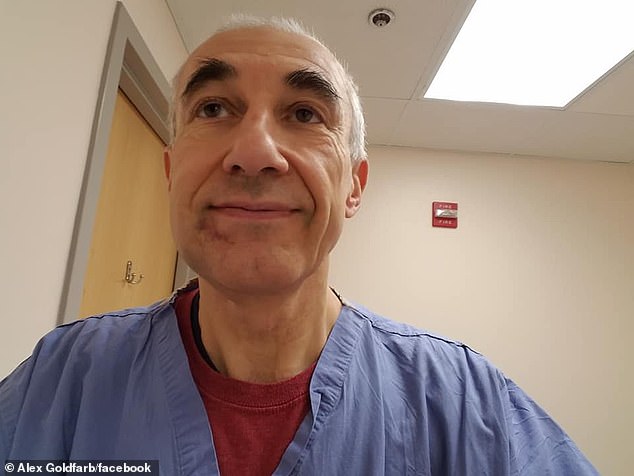 Goldfarb was a nephrologist at Beth Israel Deaconess Medical Center and lecturer at Harvard University who had published over 70 papers and several books.

â€œHe has pursued a breathtaking academic career, publishing over 70 peer-reviewed publications and several books, the most recent of which was the first critical care medicine book to include a chapter on COVID,â€ wrote Goldfarb’s son.

â€œAlex taught me to always strive to be better; he read, researched, wrote and ventured constantly. No feat was ever enough – he loved the thrill of the hunt. He taught me that a person’s true character manifests itself in difficult circumstances: When the COVID pandemic first broke out, most people, including me, preferred to stay home and protect themselves. .

â€œAlex searched for the epicenter of the pandemic on the east coast – Elmhurst Hospital – and went there immediately to treat patients in need. He taught me to stand up for what I believe is right and to fight for those who cannot fight for themselves. 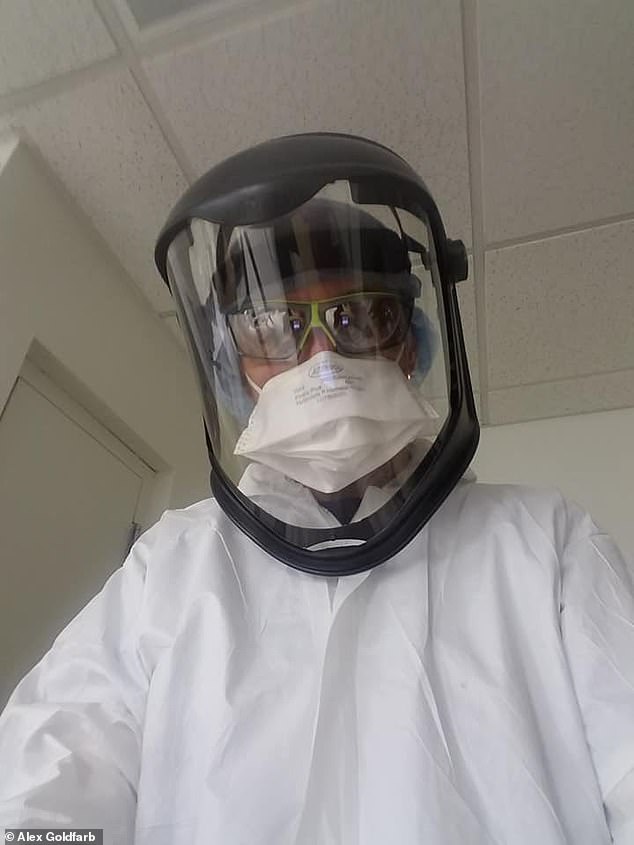 â€œIf asked what his greatest achievement was, Alex would definitely mention his family. We knew he would do anything for us – we never had to worry, because he would carry any burden for those he loved. He was a great man and I am proud to be his son. I hope I can one day be a fraction of the man he was.

Goldfarb is survived by his two sons. He would have celebrated his 57th birthday in two weeks.

Spanish mountaineer Sergio Mingote also died in the Karakoram Mountains on Saturday, after falling into a crevasse while trying to make his way to K2 base camp, the second highest mountain in the world.

Travel restrictions due to the coronavirus pandemic have eased the traditionally active summer months of mountaineering in the region last year.

A guide to packing properly