Bob smith, Editor
Thursday 20 February 2020 10:48 GMT
No further updates have been made

The insulation of the boots worked well in the snow. Photo: Bob Smith / grough

These AKU mountaineering boots are designed for all-round alpine and altitude use. They are aimed at alpine guides and mountaineers who need high-end shoes for climbing and other activities in winter conditions.

The boots will take the C3 crampons thanks to the rigid sole and the heel and toe edges on the rand to allow the attachment of slip-on models.

They also feature Primaloft insulation to keep feet warm in snow and ice, as well as Gore-Tex Insulated Comfort waterproofing to keep moisture out.

The uppers mainly use Kevlar, with great protection around the toes, lower sides and in the center of the heel area made of Liba polyurethane. There are also nylon areas in the tongue and ankle.

All in all this makes for a very robust shoe which offers very good protection for the foot and allows progress on routes ranging from ice climbing to mixed mountaineering. 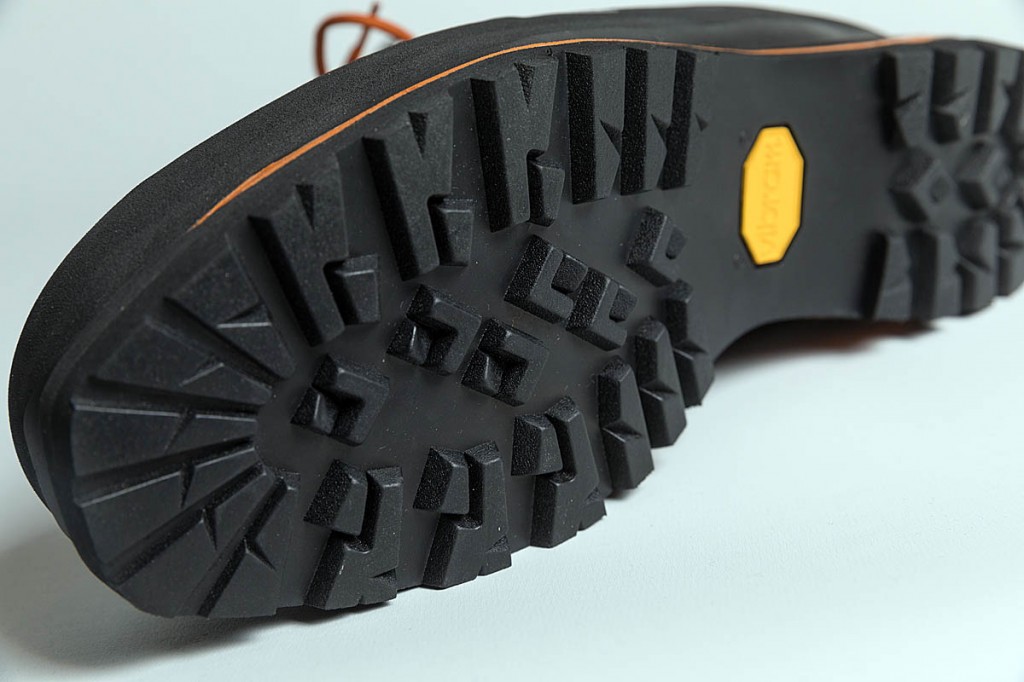 The outsole is the Nepal model from Vibram, with 5mm deep lugs in the heel and forefoot area, and a shallower pattern at the heel and toe ends. The rubber is hard, with little play, to maximize durability on hard ice and rock.

The midsole uses a combination of a durable carbon fiber board with an aluminum honeycomb core, as well as a die-cut EVA element. This is combined with a dual density polyurethane exoskeleton around the edges of the midsole, with another polyurethane section above to form the inner midsole system.

This, along with the sockliner or sockliner, provides underfoot cushioning for the boot. The insole is the custom fit pro aluminum, which combines foam with aluminum.

The lower part of the boot shank features a wrap-around hard polyurethane protector, which allows for an easy kick in hard snow and ice, as well as the edge of the kicks in similar conditions.

The Kevlar sections of the upper extend to the ankle and are reinforced with leather bands on the toes and ankles and on the sides of the boot. The instep is a softer padded nylon and extends upward to the tongue. The ankle is high and there is another leather part on the upper part of the tongue, which is well padded. The cuff of the ankle is padded leather with ventilation perforations on its lining and there is a stretch ankle gaiter with a front closure secured by hook and loop strips. 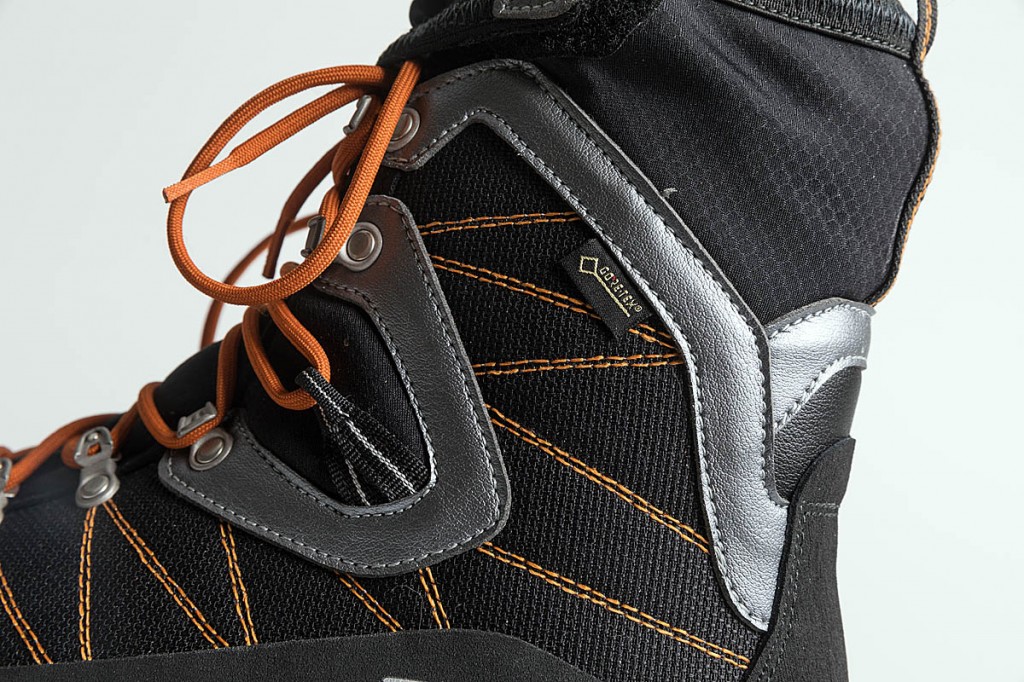 Kevlar is used in the rods. Photo: Bob Smith / grough

The tongue has a stretch gusset on top and the stretch gaiter can then be closed around the ankle using its hook-and-loop strips.

So much of the technology in the Serai GTX is hidden in its guts, but what AKU has produced is a relatively lightweight alpine boot that will also withstand the rigors of repeated mountaineering or winter excursions to the Scottish peaks or higher English and Welsh mountains.

No stiff winter boot will ever be as comfortable as your soft summer shoes, but luckily the days of winter mountaineering with half-paralyzed feet seem to be behind us. The Serai was comfortable over long distances. The cushioning underfoot of the midsole and sockliner works well and absorbs much of the kick to the feet and limbs that such a hard and stiff outsole could produce.

Using crampons for any length of time can put a lot of pressure on the foot, especially on mixed terrains, but the AKU boots have maintained roughly the same level of comfort with metal attached to them as when they are used without the hard rubber of the outsole and the cushioning of the midsole distributing the load well. 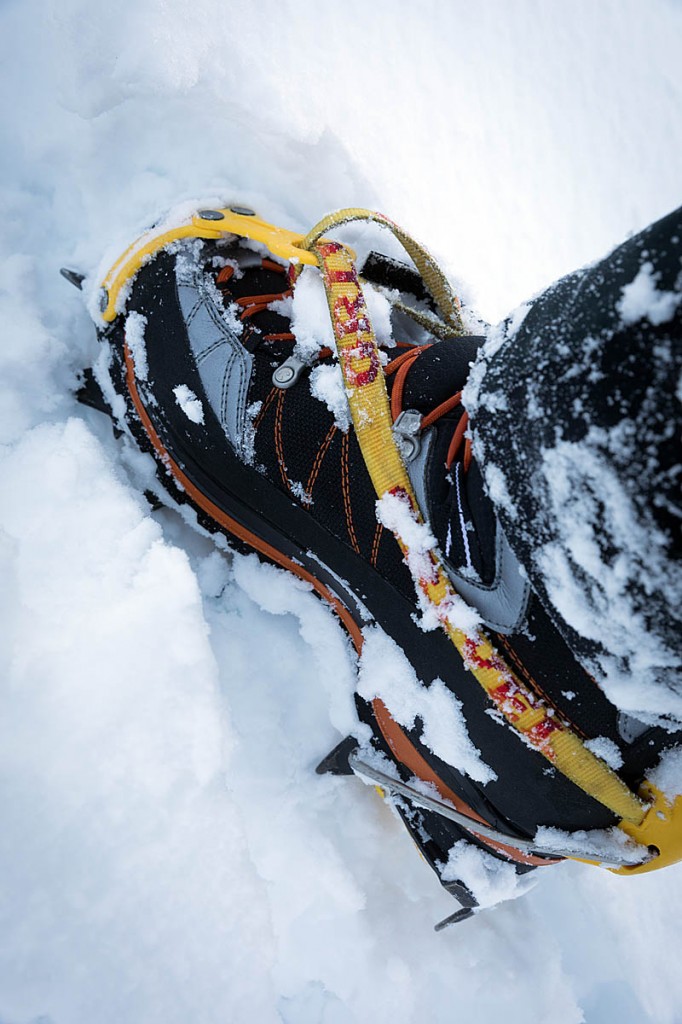 The toe box is angled slightly to the outer side, to give a narrower profile when kicking in hard snow and ice. The boots might feel a bit tight in this area if you’re used to a wider forefoot, but there was enough play in the forefoot edge area that that wasn’t a problem. The toe box is completely rigid, offering not only good performance on more difficult terrain, but also good protection against rocks. In fact, there is good protection all around thanks to the deep PU overlay. Kevlar uppers also provide good rock impact protection, but not as much as thick leather. But the high-tech material helps to reduce the weight.

Grip on wet rock was good, as was the ability to maintain stability on softer snow and frozen gravel sections. Overall, the Serai gave a lot of confidence in the grip.

The insoles help a lot with cushioning and there is also a pronounced support section at the arch of the foot.

We used C2 12 point crampons with the AKU shoes, which only had the rear toe, but the front part was well supported by the shoes even without the front ball. The Serai is designed to accommodate crampons with both a front ball and a rear clamp, but also worked well with ours.

Kicking the field while wearing crampons was also comfortable, with the stiff toe box and sole absorbing transferred shocks well.

Primaloft insulation was a godsend in cold mountain weather. Climbing hard the feet definitely warmed up, but as soon as there was enough to stand in rocky sections or even just put on crampons or clothes, the body’s own heat generation would drop a notch or so. two and the insulating properties of the boots came into play. 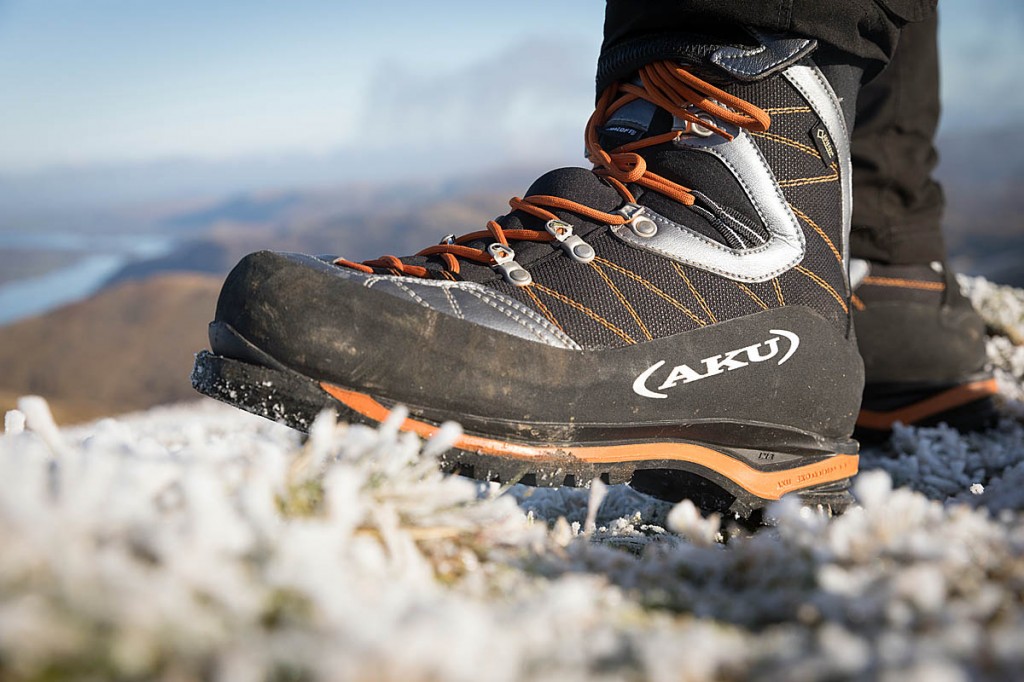 The Serai held up well in the frozen terrain. Photo: Bob Smith / grough

I spent over an hour fairly still in the deep snow testing various gear on the mountain and by the end of the period the feet had definitely cooled down but were still quite warm.

I also spent an extended period in dry, sub-zero conditions on the mountain and the feet felt about the right temperature.

The Gore-Tex lining also kept rain and snow from melting, a key aspect in keeping feet warm. In the parking lot at the end of my mountain tours, removing the boots revealed a pair of dry feet, so the Serai worked well to deal with the sweat too.

The only real discomfort felt over long distances was a slight rubbing of the high leather ankle on one leg, although repeated use tends to harden that area of â€‹â€‹the leg. 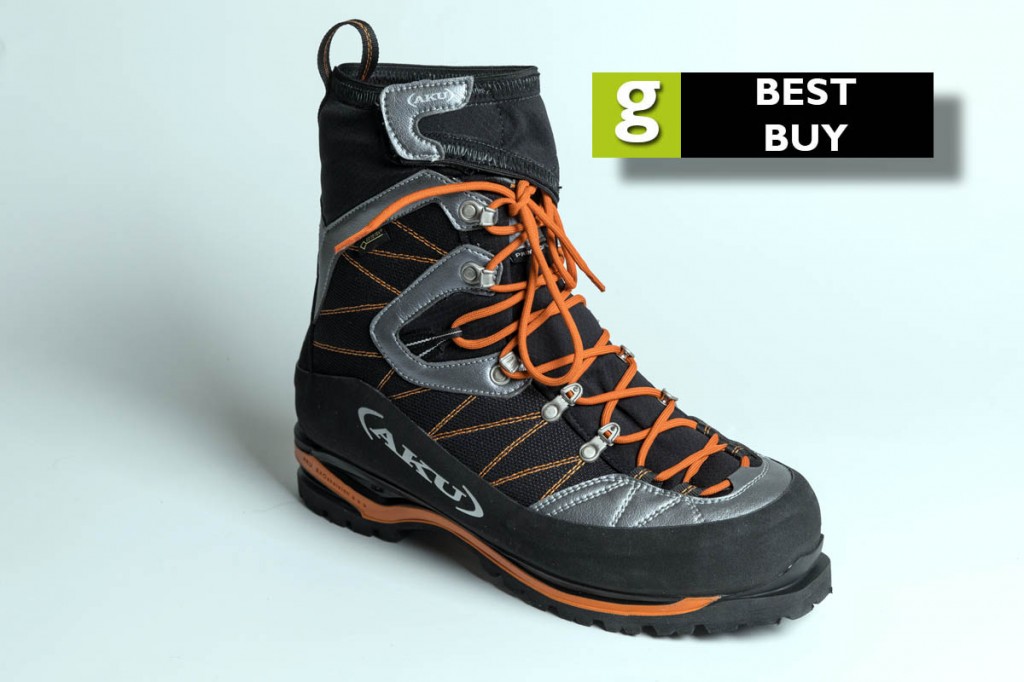 If you are heading to the alpine heights or even further, the AKU Serai will perform well. But there is also a place for the boot in the UK’s winter mountains, especially on the more difficult winter roads. The ability to withstand British inclement weather and cope with cold conditions adds to the suitability of the boot in the home countries, while also adding the flexibility of a switch to alpine use if the mood takes you.

The Italian made boots were of very good quality. There is also a long list of traceability of the provenance of the components before the construction of the shoes in Montebelluna, which can be found on the AKU website.